VIRUNGA is a highly emotional, suspense-packed environmental thriller. It not only tells the story of courageous men and one woman that have a lot more to defend than a few mountain gorillas. VIRUNGA manages to combine three plots into an extremely thrilling story. The emotional connection of mountain gorillas and national park rangers, the civil war ravaging the national park and the threat from multi-national oil companies are interwoven in VIRUNGA, making it an environmental/political film that concerns and affects all of us.

Initially, the film narrates the story of a small village community at an altitude of 4000 meters that loses its home through climate warming and the melting of the glaciers. “Mustang” becomes the epitome of a global problem initiating large-scale migration. At the same time, the film stays very close to its protagonists and provides intimated insights into their lives. Documentary TV at it’s best – the author makes no judgment, but leaves that to the audience.

Let there be light! – at least if French nuclear corporations had their way. Ignoring the needs and opinions of the local Indian population, multi-national nuclear interests are to prevail. The film describes this perfidious conflict of interest in a masterful way and leaves the audience shocked!

A nature film about a small, hidden ecosystem, showing something really new and unknown: the fascinating underwater world of a quarry pond. Right in front of one’s doorstep – a mysterious world beyond rabbits and hedgehogs. Bravo! 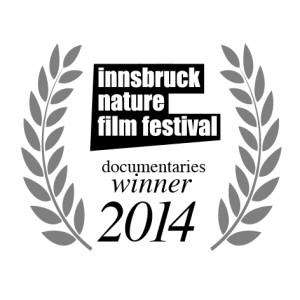 Documentaries and humor are rarely combined as successfully as in Barbara Marheineke “Grünes Gold”. She produces a new, satirical explanation of the two Iraq Wars. The story of the small, green STROMs is told in such a convincing and truthful manner that one wishes they did really exist and that the energy problems in our world were resolved. Excellent!

“3 Acres in Detroit” is a narrative about urban gardening as a symbol of economic decline in the USA. In a highly sensitive way, Nora Mandray successfully tells about people trying a new start against all odds. A great start for a large documentary! We will stay in Detroit.

This is what short films must be like: crisp, clear message, many small, fine details. The animated film “Wake Up Call” by Steve Cutts shows – with perfect craftsmanship and snappy images – a very up-to-date topic, which concerns all of us who believe that iPhones and other gadgets are cool and great: The relationship between costs and benefits is gone awry and consumption madness the result, ruining our planet in an unbearable way. And escaping to the countryside is certainly not a solution either.

Light pollution – an increasing and unobtrusive threat and its negative consequences for people and the environment. “Nuit blanche” visualized this danger with impressive pictures, creatively combining real and animated sequences. 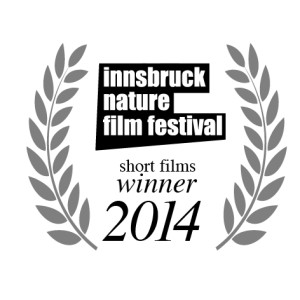 “Einsicht” by Janick Entremont impresses the audience with its poetic narrative. Henry David Thoreau’s excerpt is accompanied by magnificent pictures of nature and well-chosen, reduced music. The young filmmaker manages to create a coherent and convincing short film. Congratulations.

The film narrates – from the perspective of a frog – an environmental story and, for a few minutes, leads the spectator into the life of a frog – a successful and creative film debut.

“Nuclear Winter” shows how oceans are polluted by nuclear waste – and the film does so in a very creative manner. The animated film finds the right timing and creates a very entertaining fantasy world.

THE ONE WHO DRILLS ROCKS – directed by: Tadeusz Baraniecki, POL 2014

The film receives an honorable mention award for its professional realization, on a par with large nature film productions. 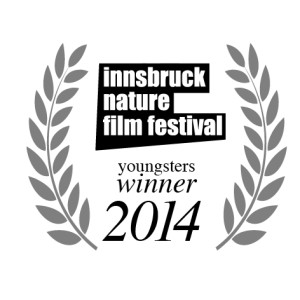