2014 was the second time the Innsbruck Nature Film Festival, the International Film Festival on nature and environment took place. Invited to participate were both professional filmmakers, as well as amateurs and young filmmakers .
In 2014 we have received sensational 234 films from 42 countries – we were and are still overwhelmed !!

Opening ceremony , workshops, walking tours , … oh yeah, and of course many great movies!!
The 2014 INFF was the most diverse to date!

The program can be downloaded as a PDF here: INFF 2014 – Programm 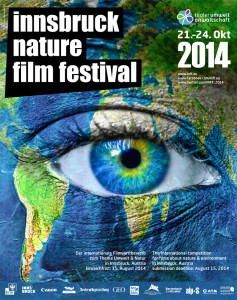