The portrait of a dream tourist destination: much visited, much appreciated, a place where everything is done to satisfy the guests’ needs. Without accusations, the film draws a genre picture; with quiet shots developments are shown which to many seem less than healthy. This film with its subtle effects shows that tourism has become a veritable industry – in other words, shows a high degree of mechanization and automation – captured by the isolation and loneliness of a landscape turned into a sports facility.
The sensitive characterization of the protagonists, the great balance of pictures, sound and shots have made this film the clear winner!
You really can’t help those who have seen this film about totally “normal” tourism madness and don’t start to think twice!

This film stood out from the other contestants, because it is fiction – a short feature film and no nature documentary. But it tells a real story with environmental impact: The disastrous condition of the nuclear waste depository at the German salt mine in Asse, where for years radioactive drums have been rotting and contaminating ground water.
The way the film presents the drama has moved all of us deeply. Depressing pictures from the depths of the mine where Lisa, a young expert on radioactive radiation, is drilling holes are contrasted with pictures from her apartment, where her family life crumbles slowly, because she cannot bear the pressure. It is almost like a chamber play with excellent dramatic composition, very convincing characters and strong visual language. The conflict of having to decide between family and the common good could hardly have been presented more clearly. A convincing film which has touched us strongly and – against the realistic background – has left us in shock.

A film about someone sentenced to death: 200 million years of survival – now threatened by extinction. This was the starting point for a film which impressively reflects the hopelessness of science and natural protection against decades of human intervention. With spectacular underwater shots and documents of the desperate attempts to save the beluga, the director manages to generate concern and to show that nature requires long-term protection, forward-looking solutions and, most of all, respect in planning. The film shows that at our doorsteps, human intrusion into the ecosystem of rivers causes biodiversity to be lost permanently. A well-deserved 3rd Place! 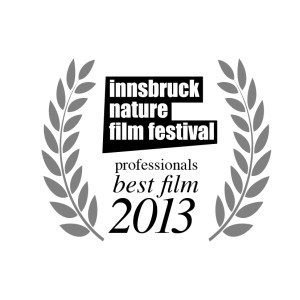 Whoever has toured distant mountains or has travelled through India will experience an emotional déjà-vu when watching this film. Thanks to magnificently filmed impressions, nature (through which the young Finn protagonist hikes) is perceived intensively, and the viewer realizes – it doesn’t always require spectacular landscapes to be touched emotionally.
In an intimate, yet not obtrusive way, the camera follows the young Finn’s experiences and changes of mood. Together with him we live through the encounters of a single traveler: with playful and curious children, a monk who opens his eyes to a radically different philosophy, with other travelers and their annoying heroic stories, and with a young businesswoman whose worldview he finds unacceptable, while she still attracts him somehow and in whom – after his accident – he confides completely.
Why does this work so well? Because the director weaves mini-stories into a harmonious whole and uses original soundtracks, background sound and music in a very subtle way.

A holiday story of a rafting trip on the Sushquehanna River in Pennsylvania. A few happy-go-lucky young people are confronted with the tough reality of exploitation and the consequences of shale gas fracking – first only slightly, then increasingly more so through their encounters with people concerned, with water pollution and a fractured landscape.
In a minimalistic way, the film impresses viewers with excellent camera work and a story that starts in an innocent way, but still captures the audience, a story that shocks and is focused on nature and environmental issues. Despite the grave topic, Meryl O’Connor finds a great balance between ease and seriousness.

With minimal financial means the producer has managed to create an animated film which has moved all of us – because in only 60 seconds it transports more content than many a 90-minute documentary. The hero, drawn in a simple caricature style, is a polar bear – the emblematic animal of climate change – who has resigned himself to his fate. He lives in a house, opens the refrigerator when he is hungry and makes himself a sandwich with canned tuna and iceberg lettuce. Then he casts a nostalgic glance out of the window where his world melts away and sighs: Aren’t I lucky?
The short story impresses the audience with its style, subtle humor and the serious, even sad message – and thus deserves the third prize …

The 2nd place was chosen via onlinevoting by “Tiroler Tageszitung”!

The 3rd place was chosen via onlinevoting by “Tiroler Tageszitung”! 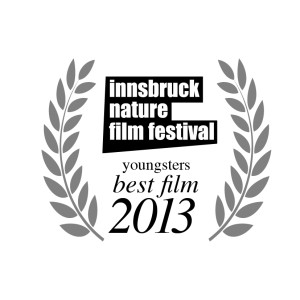